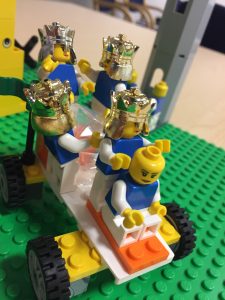 “If only HP knew what HP knows, we would be three-times more productive.”

Although this 30-year-old quote from Hewlett Packard CEO Lew Platt is typically rolled out by companies selling expensive knowledge management systems and collaboration tools, I think it has a much wider and deeper significance – not just at an organisational level, but at a team, project and even individual level.

The lack of knowledge in both cases tended to hugely reduce effectiveness because, put simply, they weren’t making the most of each other.

Apart from being a bit sad, this is also a huge waste of resource which manifests itself in a number of ways:

In teams packed with diverse experts, what seems like a need for each to prove their worth can lead to a tendency not to listen fully to each other to explore how perspectives could be combined to be greater than the sum of the parts. This often leads to being stuck, unable to even to frame a question let alone answer it.

On project teams, the focus on individual responsibilities tends to obscure the big picture, leading to insufficient shared understanding of the wider context of the project. So, when circumstances change, individuals often respond in relation to their own responsibilities, not with whole project in mind, leading to a lack of alignment.

At an individual level, meetings are often dominated by a few voices; people with a less extrovert disposition contribute little, not because they have little to contribute, but because they feel uncomfortable with pushing their views out – or, even when actively brought in to the conversation by an enlightened leader, feel under pressure and are unable to access what they know in the moment. And, as I’ve written before, even the confident team members are continually scanning for any kind of potential threat in meetings – and this inhibits creative and productive thinking.

All this adds up to a huge waste of potential that is hidden to the organisation, the team, the project and, very often, the individual.

There’s undoubtedly a role for sophisticated knowledge management systems and online collaboration tools to bridge some of this; yet these are expensive and come with delivery and cultural risk.

But much simpler, quicker and with more immediate impact is to work at the team and individual level, building a shared articulation of purpose and the wider context in which it operates, developing a strong knowledge of each other in relation to work, accelerating the psychological safety that drives authentic dialogues and a learning culture so that the team can adapt to whatever is thrown at it.

Whatever the topic at hand, many of the LEGO Serious Play workshops I’ve run recently could also be subtitled “Making The Most of All of Us”. They provide a catalyst for psychological safety, reveal hidden knowledge and generate a shared, explicit articulation of how the team works together – which often leads to a breakthrough where thinking has been stuck.

In world which is facing accelerating change, complexity, ambiguity and volatility, it seems to me that any project or team would be many times more productive if it only knew what it knew about itself.

Naturally, if you’d like to find out how a LEGO Serious Play intervention can play a part in your team making the most of each other, I’d be delighted to explore it with you. Please do get in touch.

Of pineapples, hearts and elephants – the wonder of mini transformations through LEGO Serious Play

I write occasional articles on the importance of play and how techniques like LEGO Serious Play can unlock the hidden individual and team potential for productive and inventive interactions that the vast majority of organisations never manage to tap into.

All are published on my LinkedIn page, so please do follow me there.